A report on the Relief Organisation in Hastings arising out of the [Magnitude 7.8] earthquake in Hawke's Bay [New Zealand] on February 3, 1931

The report is very well written giving detailed information on the immediate emergency response period in one of the worst affected towns, Hastings, where the intensity was Modified Mercalli X. This report is complementary to the overview paper on damage and intensities in the Hawke's Bay earthquake by Dowrick [1]. Scott's report contains much that is of value in planning response to future Civil Defence emergencies in New Zealand and elsewhere.

The report discusses the scale of the emergency in Hastings, the setting up of committees, dealing with the dead and injured, the roles of the Police, essential services (including lifelines), food supplies, and the work of the Citizens' Committee which steered and co-ordinated all of the emergency work on behalf of the community.

Apart from omitting the detail of some forms and certificates developed in the emergency. Scott's report is reproduced here in full. The few editorial additions and amendments, made for clarity, are given in square brackets. 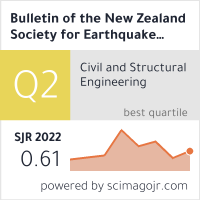